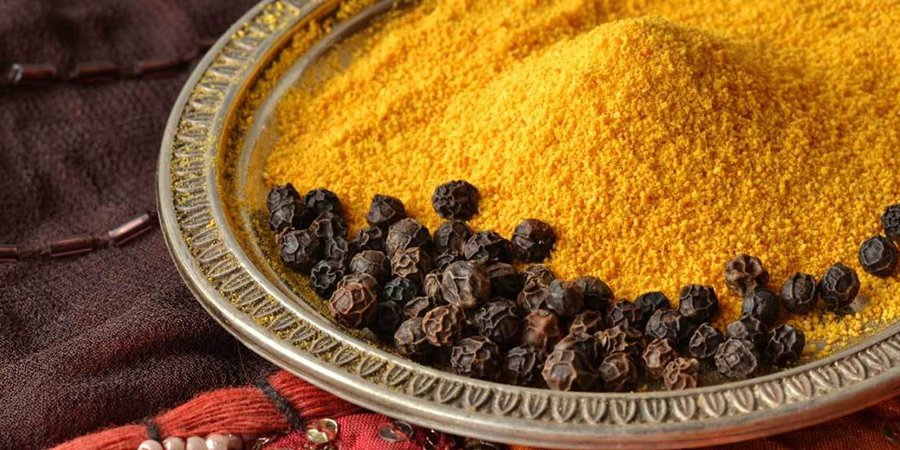 Ayurveda has always regarded Turmeric as a prized medicinal spice. This very versatile condiment helps with digestion, relieves arthritis pain, treats burns, boosts your immunity and has even shown success in cancer treatment according to some studies.

These impressive health benefits of turmeric are due to the presence of a compound called curcumin. But before we tell you more about this compound, it helps to know – what’s the difference between turmeric, curcumin and curcuminoids?

Let’s set the record straight: Turmeric, Curcuminoids, and Curcumin are NOT interchangeable terms.

Turmeric comes from the root of Curcuma Longa, a flowering plant of the ginger family, and that’s probably where curcumin gets its name from.

It’s often sold are powdered spice. However, if bought fresh, it looks similar to ginger root with a more intense yellow to golden colour. A turmeric root typically contains about 2 to 5% of curcumin.

In India, turmeric is used to treat skin conditions, digestive issues and aches and pains. In fact, it’s a staple of Ayurvedic medicine, a form of traditional healing.

Turmeric contains many plant substances, but one group, curcuminoids, has the greatest health-promoting effects.

Curcumin is a naturally-occurring chemical compound found in the spice turmeric. Curcumin, which represents about 2–5% of most turmeric preparations, gives turmeric its distinct colour and flavour.

However, curcumin is often poorly absorbed and can pass through your gut undigested.

A helpful tip is to add some black pepper to your meals or supplements that contain curcumin. A substance in black pepper called piperine can increase the bioavailability of curcumin by 2,000%.

WHICH SHOULD YOU CHOOSE?

There is no official consensus on whether it’s best to take curcumin or turmeric supplements.

Most studies that have shown beneficial effects have used extracted turmeric with a high concentration of curcumin or curcumin alone.

When choosing a supplement, it’s important to buy a formula that has been clinically tested and proven to be well absorbed.

For those wanting to reduce their cholesterol, 700 mg of turmeric extract twice a day may help

Turmeric is a golden spice that has been used to treat inflammation, bacterial infections and digestive issues for thousands of years in India and Ayurveda.

It contains curcumin, which has proven antioxidant and anti-inflammatory effects.

There is no official consensus on whether it’s best to take curcumin or turmeric supplements. Both turmeric and curcumin can reduce joint inflammation, cholesterol, blood sugar, as well as tumor, fungal and bacterial growth.

Make sure you have some black pepper with your turmeric powder or supplement, as this will help improve curcumin’s absorption.